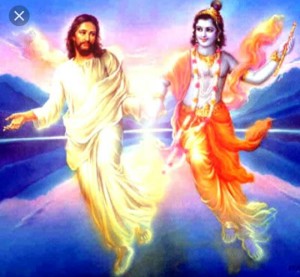 “I’m often asked the question with a statement; “well you can’t really tell what happened 2000 years ago.” What they fail to understand is that the crucial gap is not the gap between the time of the evidence and today. The crucial gap is the gap between the evidence and the events described by the evidence. If the gap between the events and the evidence for these events are short, then how long has it been since the evidence of those events to the present day is just a irrelevant. Good evidence doesn’t become bad evidence simply because of the lapse of time. And with regard to the New Testament, when we look at the evidence, what we discover is that these records for the life of Jesus were written down within the first generation while the eyewitnesses was still alive with people who had first hand contact with those who had accompanied Jesus in his lifetime. So what we actually have are better sources for the life of Jesus of Nazareth than we do for most of the major figures of antiquity. For example, take Alexander the Great, the great Greek conqueror. Our earliest sources for Alexander come from Arian and Plutarch four hundred years after Alexander’s death. And yet Greco-Roman historians still regard these records as fairly trustworthy accounts concerning Alexander. We even have the legends of Alexander that didn’t arise until centuries later. Now contrast that with the New Testament where we have books, records and even secular documents that was written within the first generation after the events while the eyewitnesses are still alive. So I think we have very good evidence for the life of Jesus of Nazareth. Very trustworthy evidence. And how long has it been since the evidence to today is simply irrelevant to the reliability and trustworthiness of that evidence.”

The evidence that Dr. Lang speaks of are the 27 New Testament books in our Bibles (excluding the Old Testament). They are as follows. All written in the 1st cent.

We also have outside documentation affirming the story of the life of Jesus by secular sources.

Acharya Sanning – aka – D.M. Murdock, and the more recently Tom Harpur, author of the book; ‘The Pagan Christ,’ the Zeitgeist movement, Reza Aslem, author of the book ‘The Zealot,’ Joseph Campbell and the book/movie; ‘The DiVinci Code,’ by Dan Brown all claim that the Jesus narrative story, and Christianity as a whole, all borrowed from ancient religious myths and legends prior to its inception. They are the 6 culprits responsible for this type of presupposition in modern times. Most of their ideologies come from Murdock. But this observation goes back further than all of them put together. It goes back to an individual named Kersey Graves. Graves pioneered this rhetoric in the 19th cent, the 1800’s.

Let us take a closer look at some of their arguments to find out if these things be so. For example, they claim that the story of Krishna in Hinduism and Jesus in Christianity are one and the same. They state that Christianity borrowed from Hinduism. This is a far cry from the truth. The proof is in the pudding. Allow me to provide the facts. “Just the facts ma’am/sir, just the facts.”

1. Krishna – Born btwn 1200-900BC
2. Teaching – Found in the Bhagavad Gita
3. Many claim similarities or outright plagiarism regarding Christianity. That Christianity borrowed from Hinduism, etc.

This is an error.

During this time, many Messianic prophecies were in circulation from the then un-completed Old Testament.

2. Scriptural citations found its way into India. “How do I know this?” Answer: The oldest Indian Jewish community is in Cochin. Traders from Judea arrived at Cochin, Kerala in 562BC. And more came as exiles in 70AD. So all in all, the Cochin Jews arrived in India 2,500 yrs ago and settled there as traders.

Some might be quick to say, “But that doesn’t prove anything, since you cited that Krishna was born cica 1200-900BC.” I know that. Please keep reading…

3. Other arrivals included; the Bene Israelites Jews who settled in Maharashtra 2100 yrs ago, the Baghadi Jews arrived 250 yrs ago, and so forth. (The Shengold Jewish Encyclopedia pg 125 By Mordecai Schreider).

4. Some say the Hindu scriptures were written between 3200-2500BC. Some say Hinduism is as old as 10,000BC. And that the earlist scriptures (the Rig Veda) was written well before 6,500BC. But this too is an error. The Rig Veda dates back to only 1300-1201BC. While other scholars date it even more recent than that…Read point 5.

5. According to Brookington, the oldest texts dates back to only 400BC. Though the origins of the stories date back to the 8th and 9th cent BC. This claim is validated by carbon 14 dating (Val Buitenen: The Mahabharata – Book 1: Book of the Beginnings).

6. Remember point 1? Well, here’s a question for you; who were the Jewish prophets who lived during this time in the 8th and 9th cent BC?

7. It is now obvious that the Cochin Jews bought their Messianic prophecies into India instead. While Christianity, an offshoot of the Jewish faith, confirmed such Jewish (Cochin) Messianic prophecies to Jesus – threading the path of prophecy. While St. Thomas brought the confirmation to India. While Hinduism then borrowed from Christianity in their latter scriptures, namely their apocryphal writings, such as the Bhagavata and parts of the Mahabharata, esp Book 16.

The whole book (the Bhagavata) which actually copies, borrows and plagiarizes Christianity is dated between the 8th to 10th cent AD. (Robert Van Voorst 2007, Anthology of World Scriptures pg 28). While the Oxford Dictionary of World Religions places it in the 10th to even the 11th cent AD – page 140. Others claim the 6th – 16th cent AD. That’s 500-1500 years after Jesus!

For reference sake here are the dates to Hinduism’s 4 most important sacred texts:

2. The Bhagavata or Purana’s – 6th-16th cent AD or 10th-11th cent AD. The book is divided into major and minor purana’s. That being the Mahapurana’s (major) and the Upapurana’s (minor). In them we will find the story of Brahma, Vishnu and Shiva. In Vishnu we have 8 avators or incarnations; Krishna being the 8th and most celebrated avatar. Similarities are found.

Around the the Region:

Thus far I have provided you with the events and their corresponding dates as to when these things were written and compiled in the far East. But what was happening in other parts of the far and middle East?

In the middle East during this time we have what is known in history as the ‘Akkadian Period.’ The period is divided into 5 historical periods. They are as follows:

The only borrowing that takes place is in the Purana’s. The Purana’s borrowed from the NT based upon the dates of the Purana’s – 6-16th cent or 10-11th cent AD. But yet, even more so than this, we also have historical events taking place in other regions of the far and middle East at about the same time. The events of which I speak of is that of Buddhism, Salivahanism and Zorasterism.

To Be Continued in Part 2.

2 thoughts on “Part 1 of 3: On Jesus and Krishna: Answering Acharya Sanning, Tom Harpur, the DiVinci Code and the Zeitgeist Movement on the So Called Pagan Christ”